Nick Hanson: Nick is in his 16th year as the director of handbell ensembles at the Potomac School in McLean, Virginia, where he teaches private handbell lessons and handbell classes to 5th–12th grade students in five handbell ensembles. He also just completed his 13th year as handbell director at Bush Hill Presbyterian Church in Alexandria, Virginia.

Nick has served as faculty, clinician, and/or conductor at national handbell events in 16 states (as well as Washington, DC) and internationally in Hong Kong, Taiwan, and Singapore. It was just announced that in August of 2022, Nick will be conducting the International Youth Symposium in Nashville, TN, as part of the greater International Handbell Symposium. He has written articles for the national handbell magazine Overtones, and has arranged and composed over 80 pieces of handbell music. 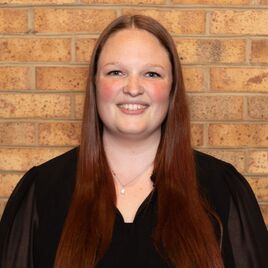 Kylie Johnson:  Kylie grew up playing the piano, and picked up trombone, percussion, handbells, organ, and vocal studies as she matured. She holds a Bachelor's Degree from Concordia University - Portland in both piano performance and finance, and a Master's Degree in music from Portland State University. She serves several churches in NOVA, working with their music programs.  In her spare time she loves to bake, do puzzles, and cuddle with her cat, Critter, while watching true-life crime documentaries. 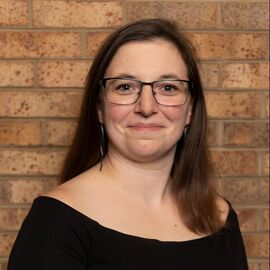 Amanda Kosloski: Amanda recently moved from the Massachusetts Bay Area, where she rang with the Back Bay Ringers. She now works as the Technical Director, Theater Manager, and Performing Arts Teacher for the Landon School in Bethesda, MD. Amanda, who graduated with a degree in bassoon performance from Keene State College, feels handbells is the most interesting thing about herself, and so will let that fact stand on its own. 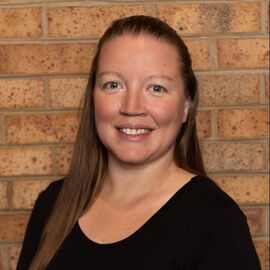 ​Kathy Murphy: Kathy has been playing handbells for over 20 years and has been ringing with Virginia Bronze on and off for about 10 years. She is currently a special education teacher at a middle school in Prince William County.  She spends her spare time chasing around her two children, ages 4 and 19 months, watching medical dramas on TV, and completing puzzles. 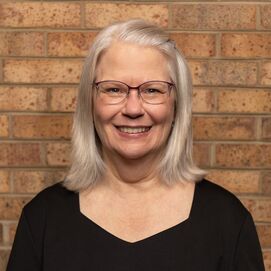 Laurel Ohlson: Laurel has been the Associate Principal Horn in the National Symphony Orchestra since 1980, and was the first woman to become a member of the NSO brass section since the orchestra's founding in 1931.  With an insatiable appetite for music, she played piano, flute and cello in her youth, loves to sing, and has been ringing with the handbell choirs at Fairfax United Methodist Church and the Unitarian Universalist Congregation of Fairfax.  Laurel lives with her husband Truman Harris, a composer, arranger and retired NSO bassoonist, and is proud of her daughter Alice, an associate senior lecturer in particle physics at Lund University in Sweden. 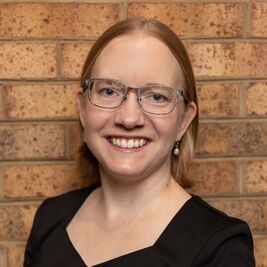 Alice Real: Alice has been ringing handbells for 24 years and is in her 12th season with Virginia Bronze. A Northern Virginia native, Alice teaches PK-6 general music and chorus at Crestwood Elementary in Springfield, Virginia where she also founded and directs a before-school handchime ensemble. In addition, Alice serves as handbell director at St. Mark's Lutheran Church in Springfield. In her spare time she enjoys playing piano, hiking, and photography. 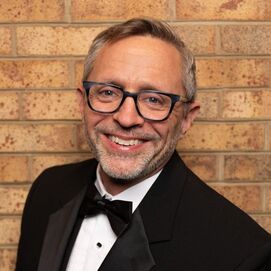 Chris Shaheen: Chris started playing handbells at St. Luke Lutheran Church in Silver Spring, MD, when he was in junior high school.  Since then he has been a member of several handbell choirs and ensembles, most recently at National United Methodist Church in Washington, DC.  This is his first year with Virginia Bronze.  Chris is an Urban Planner in DC. 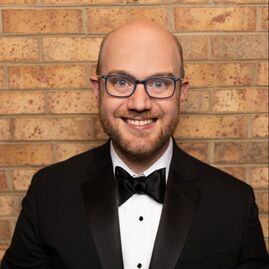 Christopher Simon: Christopher is in his first year with Virginia Bronze, though he caught the handbell bug long ago as a first-year high school student. He currently serves as the Upper School Academic Technologist and Assistant Handbell Teacher at the Potomac School in McClean, VA. Christopher holds degrees in Choral Conducting from Kenyon College and Boston University. When not ringing, Chris enjoys (in no particular order) composing, music technology, running, and planning for his upcoming wedding! 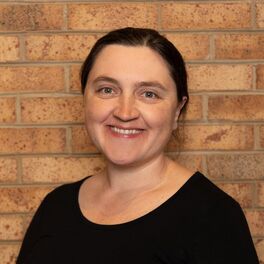 Ashley Morgan Wilhelm: Ashley began ringing handbells in the 4th grade in a choir composed mostly of grey-haired church ladies.  She later had the fortune to ring with Bucknell University's Rooke Chapel Ringers and Boston's Back Bay Ringers. Ashley is a family doctor in DC and she just started taking flamenco dance classes. 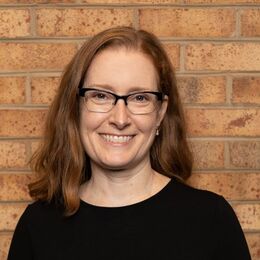 Laura Wrubel: Laura has been playing handbells since high school and has spent many years ringing with Virginia Bronze. When she's not busy with handbells, she's a librarian and software developer at a university library.